On the second Sunday of September, Russia celebrates Tanker’s Day – the main holiday of tank troops and employees of military-industrial complex enterprises. 2020 was a jubilee year for Russian tank building – 100 years ago, the first domestic tank was produced at the Sormovo plant. Today, new models of equipment are regularly supplied to the tank forces, and the crews are increasingly recruited from contract servicemen. On the eve of their professional holiday, Izvestia tankers visited the famous military unit of all the armed forces – the 1st Guards Tank Regiment of the Taman Division.

From the defense of Moscow to the storming of Berlin

On the battle banner of the 1st Guards Tank Regiment, there is a lot of evidence of the unit’s heroic combat path. Its full name sounds like this: 1st Guards Chertkovsky, twice Order of Lenin Red Banner Orders of Suvorov, Kutuzov and Bogdan Khmelnitsky Regiment named after Marshal of Armored Forces M.E. Katukova. Moreover, it is the first not only by number: it is, perhaps, the most famous and famous military unit in battles, the legend of tank troops. 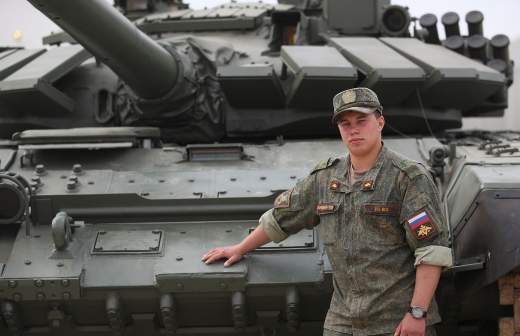 The 1st Guards Tank Brigade (until November 1941 – the 4th Tank Brigade), from which the regiment traces its history, distinguished itself during the defense of Moscow, during the battle on the Kursk Bulge, during the assault on Berlin. In 1941-1942, the brigade commander was Colonel Mikhail Katukov, later twice Hero of the Soviet Union, Marshal of the armored forces and one of the most successful tank commanders of the Second World War.

In the post-Soviet years, difficult times came for the regiment. It was disbanded twice. But in 2016, the Ministry of Defense decided to recreate the legendary military unit. 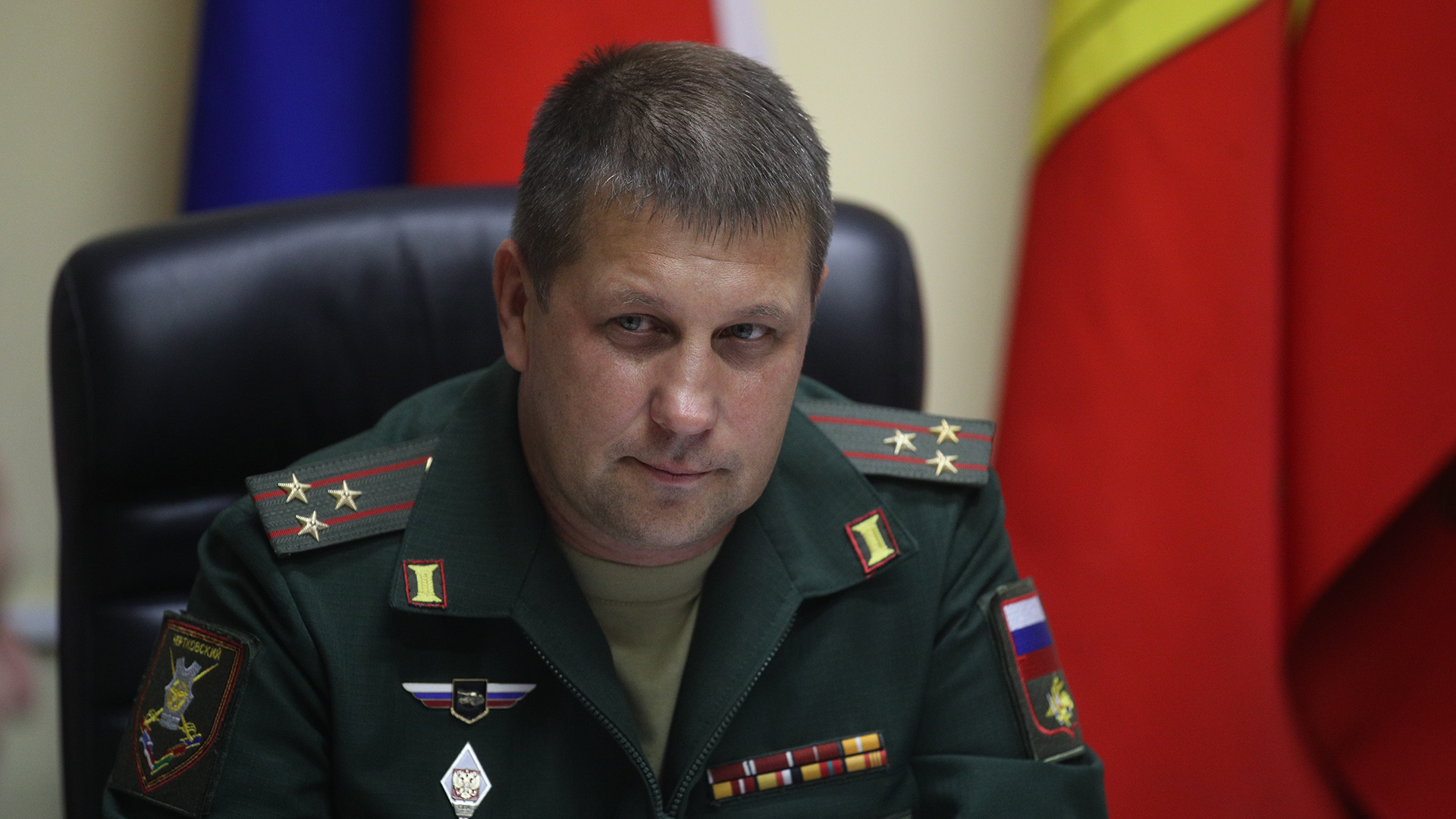 “The military unit is named after the renowned Marshal Katukov, and this imposes a great responsibility on us,” says the regiment commander, Colonel Alexey Polyakov. – I cannot afford to do something that is not up to par, and from my subordinates I seek just such an attitude towards the service – to strive to be the best in everything.

Those in the tank

Tankers of the 1st Guards are usually among the first to receive new equipment. Today, the regiment’s fleet is T-72B3 with reactive armor. This is the most modern modification of the world famous T-72, which has proven itself in dozens of military conflicts. The upgraded tank is equipped with a Relikt protection, a V-92S2F engine, an automated gearbox, a digital display and a rear-view television camera, as well as a Sosna-U sighting system with a thermal imaging channel.

– On tanks of the previous generation, we had to independently calculate target parameters – range, wind correction, etc. Now all this is done by electronics, – says the gunner-operator of the guard, Private Danila Timofeev. – You just need to capture the target and shoot. But this must be done as quickly as possible. Every second of delay is fraught with the failure of the control shooting exercise, and in battle – the death of the tank. 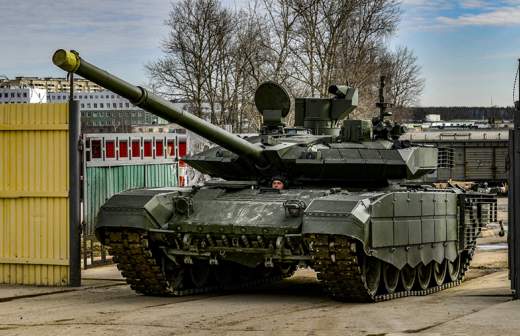 The young soldier was assigned to the regiment after finishing training in Chita. The officers noticed an intelligent specialist and offered to sign a contract. Now Danila is a professional tanker.

“I serve because I like it,” he says. – Who doesn’t like shooting from a tank? Many do not even dream of just being inside. At the same time, they pay me a salary, they feed me delicious food in the canteen, they provide me with a hostel. Combat training goes to the regiment without stopping.

Day and night shooting, company and battalion tactical exercises are the everyday life of a professional soldier. Within a few months after the conclusion of the contract, he lost count of how many times he fired live shells.

– After the shot, the breech moves away, you go deaf for three seconds, – the young soldier shares his impressions. – But without wasting time, you are already looking for the next target. It happens, of course, when you sit in a tank, you are overwhelmed by the excitement that you will miss. At such moments, one must overcome emotions and concentrate on the goal.

In his spare time from service, Danila Timofeev leads the same life as his peers. In the evenings, there is time for study – he prepares to enter the Kazan Higher Tank School, dreams of unlearning and returning to his unit as an officer. At the age of 19, he feels like an adult, independent person.

Junior Sergeant Ivan Karamyshev also arrived at the Taman Division after graduating from a training center in Chita, where he received a military specialty as a T-72B3 driver-mechanic. 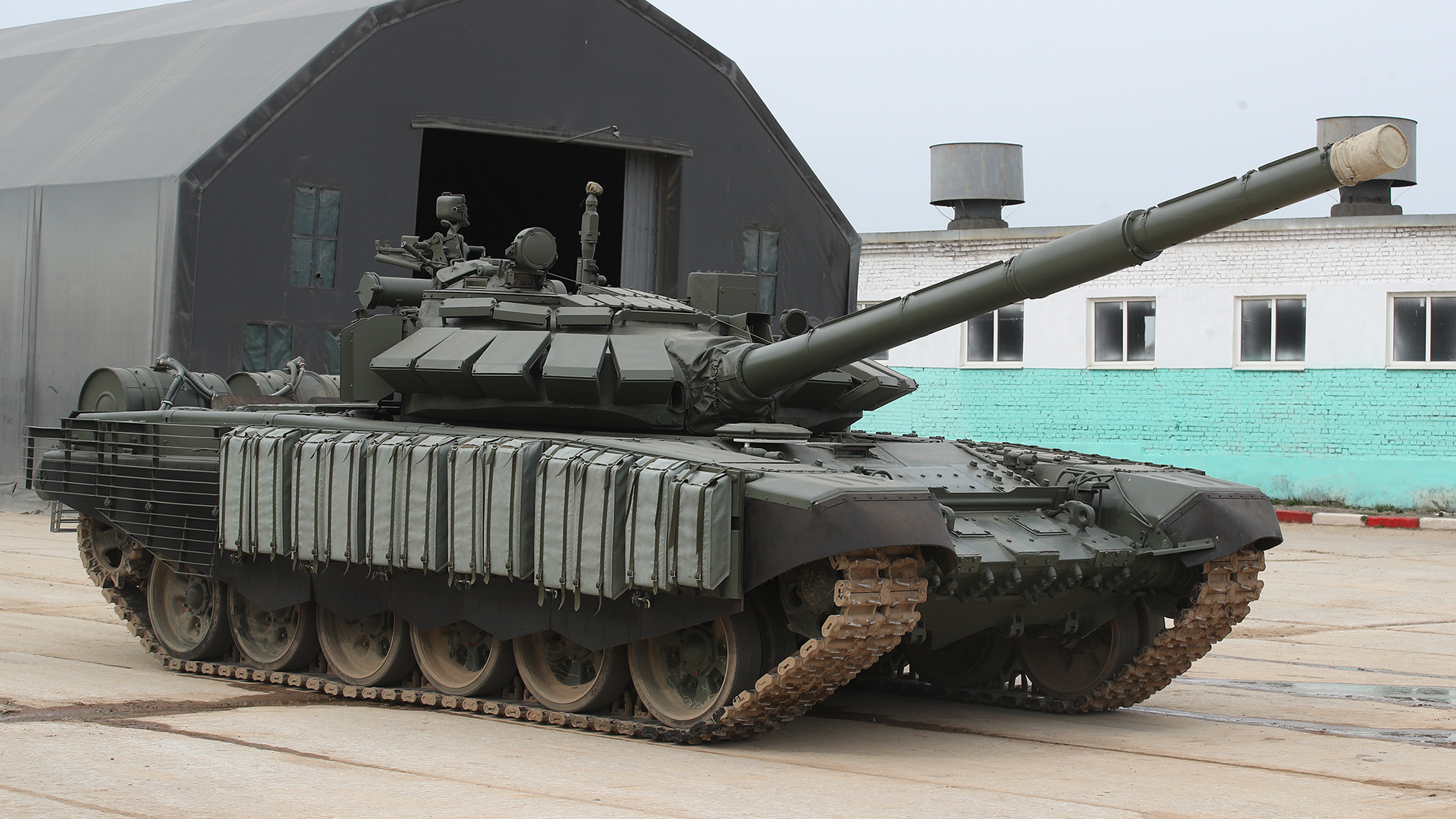 – I asked myself – they said that a tank biathlon is taking place here in Alabino, I really wanted to see these competitions, – Ivan recalls. – When the conscription term came to an end, I decided: I will stay in the army. Here I feel in my place. I love my tank very much. When you sit down at the levers and feel the power of a forty-ton machine, the sensations are indescribable.

Several months ago, the position of a tank commander was vacated in the battalion. Ivan, who managed to prove himself from the best side, was offered to lead the crew. It was not easy to rebuild, to get used to the responsibility now entrusted to him. 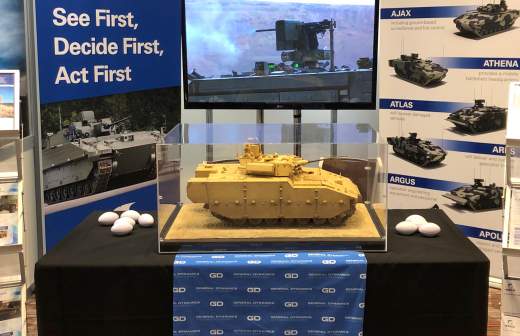 Booking confirmed: the results of the “tank” conference IAV 2020 Experts in the field of modern armored vehicles gathered in London

– Subordinates are practically my peers. We need to gain credibility and trust, ”says the junior sergeant. – The driver-mechanic and gunner-operator must see that you know their work no worse, but better than them, that if they have any difficulties, you will help them and give them a hint. But in addition to technology, it is necessary to understand people, to ensure that all crew members understand each other perfectly. The commander must be smart and have leadership qualities. You should always remember that you are responsible both for the technical condition of the tank and for the psychological state of the crew.

In recent years, traditionally, servicemen of the 1st Guards Tank Regiment have taken part in parades on the occasion of the Victory anniversary. And this year they were driving combat vehicles across the paving stones of Red Square.

T-72B3, which are being mastered in the regiment, have shown themselves to be reliable tanks with great potential. And it was on this car that the Russian national team won the tank biathlon in 2020. It is no coincidence that after the completion of the International Army Games in 2020, Defense Minister Sergei Shoigu promised to upgrade all the T-72s in service to this modification.

– At the tank biathlon, foreign colleagues sometimes ask: why does your team’s tank always hit the target? They are answered: this is a Russian tank, ”says the commander of the 1st Guards Tank Regiment, Colonel Alexei Polyakov. “They say: all the tanks are Russian-made here, but not all of them get there. So after all, not all tanks are Russian soldiers!