The Leningrad Region and St. Petersburg will be reliably protected from cruise missiles and drones: a unique mobile air defense regiment has been created in the 6th Army of the Air Force and Air Defense, the Defense Ministry told Izvestia. 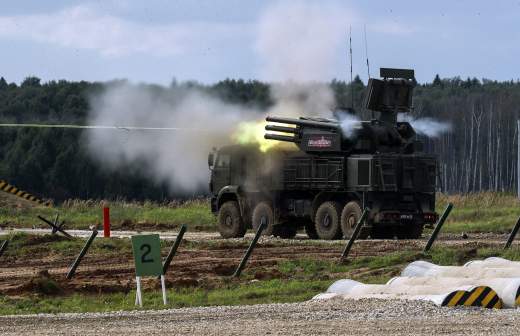 “Armor” with intelligence: the complex will be able to repel attacks without an operator The new automated control system for anti-aircraft systems itself chooses the optimal battle tactics

The formation of the unit was completed at the end of 2020. It will become a mobile reserve for the 6th Army, constantly ready to move to a threatened direction on its own or with the help of aviation.

The new military unit is fully armed with Pantsir-S anti-aircraft missile and cannon systems. Units can move into a given area in a matter of hours and reliably cover it from air strikes.

“Armor” will cope not only with traditional airplanes and helicopters, but also with unmanned aerial vehicles, as well as with cruise missiles. According to experts, the formation of the regiment is an asymmetric response to the strengthening of NATO in the Baltics – in particular, to the deployment of attack drones and long-range air-launched missiles there.

Regiments equipped with “Shells” are a new phenomenon for Russian air defense.

The first experimental mobile regiment equipped with “Shells” was created as part of the 1st Army of the Special Purpose Air Defense and Missile Defense near Moscow at the end of 2018.

As Izvestia previously reported, the Ministry of Defense has decided to include such a unit in each army of the Air Force and Air Defense.