The Zircon hypersonic missile will allow Russian ships to destroy aircraft carriers without exposing themselves to the risk of being attacked by enemy aircraft. This was stated on December 11 by a member of the all-Russian organization “Officers of Russia”, an expert in the field of air defense Yuri Knutov. 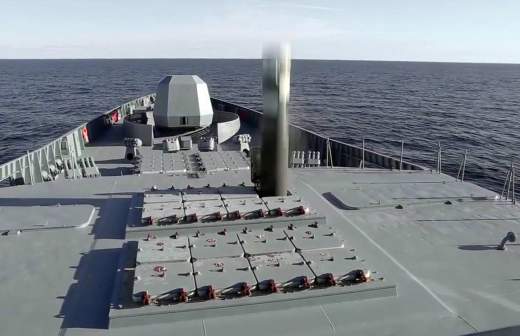 “If the flight range is about 800-1000 km, this means guaranteed destruction of aircraft carriers to the borders of the operation of the aviation that is on these aircraft carriers. That is, the F / A-18 Super Hornet has a range of about 600 km, ”Knutov said in a conversation with RIA Novosti.

According to him, the passed rocket test demonstrated the high accuracy and ability of the Zircon to reach very high speeds. As a result, such parameters become a problem for enemy air defense.

Earlier on the same day, the frigate Admiral Gorshkov conducted regular tests of the Zircon hypersonic missile, firing from the waters of the White Sea.

In November, the Zircon hypersonic missile was also tested in the White Sea. She successfully hit a naval target at a distance of 450 km.

In October, Russian Ambassador to the United States Anatoly Antonov stressed that testing the Zircon hypersonic missile was not an attempt to demonstrate military might to Western countries.